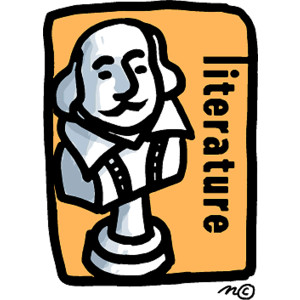 So as I look at the list of books that I have read this month I realized there was a bit of a theme and apparently its the English. I didn’t plan it so it led me to want to explain how I choose the books I read… Its actually pretty difficult. Of course, I read all my favorites as soon as they come out.  In between my favorites, I look at the Best Sellers and see what catches my eye, then I put a bunch of books on my reader and throughout the month I open a book, read the first couple of pages to see if I am in the mood for it.  I have noticed that I need lighter books during my free time and during the commuting hours I like longer, heartier books. It sucks though when I start a book I can’t put down when commuting.

My bestest, Tim, suggested that with my reviews I should list my Top 5 Books of the month.  I hope this helps you with your future choices.

Dark Harbor by Stuart Woods – (Mystery)  Stone #12 I needed a fast read for the trip home from NOLA and this one was perfect. I love this series…it never disappoints.

Bill the Vampire by Rick Gualitieri – (Paranormal – but kind of Rom Com) I am not going to lie…I thought this book might be about Sookie’s Bill but it wasn’t.  It reminded me of the book I Just Want My Pants Back which was a rom-com from the guy’s point of view.  The guy in this book was a geek that became a vampire that unfortunately didn’t become super sexy after being turned.  He ends up on all kind of adventures and has to fake being a bad ass. Funny!

The English Girl by Daniel Silva – (Mystery) This was a really good mystery and lots of twists and turns!  Not a fast read though.

The Butler by Will Haygood – (NF)  I was disappointed in this book and still disappointed that there isn’t a really good book about Eugene Allen.  There are some really good chapters about how Haygood met the Allen’s and about African American’s in the movie business but other than that it was blah.  Good thing it was short 🙂 I LOVED the pictures.

Lightpoints by Peter Kassan – (F) It’s not everyday that you read a book that absolutely surprises you. This book is full of suspense, a little romance and a hint of spirituality. It’s a great Book Club read. Lots to talk about and discuss. I gave it 4 stars only because I felt like the ending was too fast.

Second Son by Lee Child – (Mystery – Short Story) I LOVE when Child takes us back to Reacher’s past and this is a great one.  Shows that he was Reacher even at a young again in Okinawa.

Never Go Back by Lee Child – (Mystery) Reacher #18 A wild ride that you can’t put down especially if you love Reacher!

High Heat by Lee Child – (Mystery – Short Story) Prequal to #18 Another short story but this time he is a teenager in New York.  Another awesome and fast read.

Unbreakable by Jenni Rivera – (NF) WOW WOW WOW…its #1 for a reason.  I couldn’t put this book now.  This book is real and powerful, she has a real voice that I related and recognized.  She became a super star but she had her share of pain and betrayal and abuse.  Even if you aren’t into NF, this books reads like fiction her life was so F’d up! I was very moved during and after reading this book.  Rest in Peace Jenni!

Escape from Lemoncello’s Library by Chris Grabenstein – (YA) This is the bibliophile’s version of Willy Wonka and The Chocolate Factory.  A fast read, tons of fun and childish adventure but in today’s High Tech imagery.  A great read for the young and young at heart!

The Sixth Man by David Baldacci – (Mystery) I started watching the King and Maxwell on TV and then my mom suggested I read the book.  Not sure what happened first the book or the TV show but I enjoyed both!  I love the character Edgar and although the book was a little slower than the show, the book moved fast.  Will Baldacci continue this series as a book or is he screen writing now?  That is the question….

My Life as the Ugly Stepsister – (YA) Cute…typical

Stilettos Inc and Flirting with Fate by Lexi Ryan – (Chic Lit) This fills ALL of my needs when I am chillin on the beach or being lazy at home in bed on a rainy weekend.  I LOVE this series, Strong women lead characters who find love besides themselves…what woman doesn’t love that?

Mrs Queen Takes the Train by William Kuhn – (Fiction) Random!  Imagine Queen Elizabeth (the whatever) depressed and decides to run away for the day.  Most of it was pretty good, makes you wonder what part is real…some parts could have been deleted but in general its a great fantasy that I am sure the Queen would love to have done in real life. It includes pictures!

Eva Braun: Life With Hitler by Heike B. Gortemaker – (NF) This was more like, lets tell the story of Hitler and all his actions and how they related to Eva and her family.  It was a slow and hard read and I wanted to skip a lot of it to get to the stuff about Eva but that was hard to do.  I didn’t finish it.

The White Queen by Philippa Gregory – (Historical Fiction) WOW, I have to say that Gregory is an AMAZING storyteller! Talk about page turner… she took real events and rumors and turned them into an amazing romance, mystery and thriller!  I cheated by going to Wikipedia to see who the next king would be but was still surprised and amazed.  Mostly I am amazed at how F’d up people were back then. The manipulation, treachery, and conniving by the women “behind the men” is amazing. Not to mention how War Hungry the men were.  I am so glad I didn’t live during those times but it certainly makes for great stories!

Still working on the Stephanie Plum and Harry Potter series via Audio Books!

Connect with me via Goodreads!